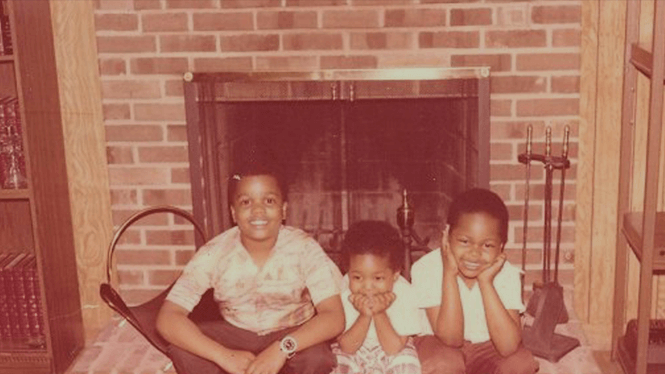 The Hoover brothers Daniel, Australia and Michael knew pretty early in life that they wanted to pursue artistic endeavors. Daniel gravitated toward visual arts, which led him to pursue a BFA from Corcoran School of Art, and then on to an MFA from Tyler School of Art. Australia’s preference for the written word allowed him to write poetry in elementary school, and eventually songwriting and music production during his college years at both Morehouse and Virginia Commonwealth University. Michael, the youngest brother, always had a unique comedic flair, performing characters as a toddler, and honing his performance skills by writing and performing rap songs with his high school classmates before joining the Navy.

Eventually Australia and Michael would formalize these artistic interests by forming the rap duo, Kinship in 1990. Australia went by the moniker U.P. (Ubiquitous Poet) and Michael by the name E.S. (Eloquent Slave). They began writing and recording their own songs with the help of young musicians, dj’s and beat makers in the Richmond, VA area. Their first studio demo of songs was recorded, co-produced and mixed by the legendary El Bravador (Audio Two) in 1991. Bit the bug, Kinship went on to record and release a slew of music in the underground hip-hop scene, including markets in Virginia, Philadelphia, D.C., New York and Riverside, California. Choosing to remain independent and not signing a record deal during their early career allowed Kinship to express themselves in bold and creative ways about topics that may have been shunned by corporate influence. Despite their independence, Kinship attained critical success for their conscious, jazz, soul and funk inspired music that appealed to audiences familiar with the classic sound of hip-hop’s golden age. Kinship has landed numerous placements in television and radio projects, and their 1995 song, Immaculate Kinception was licensed for use in the motion picture Battle Scars in 2017. 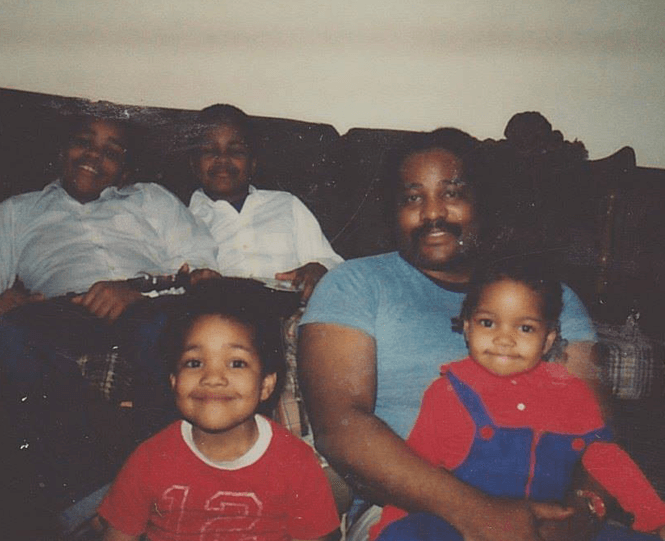 Personally, the brothers have achieved tremendous success in the non-music business world in addition to their successes in music. U.P. has helped to successfully lead organizations in the financial services arena for over 20 years. E.S. (now Eloquent) owns a very successful wireless communication company that serves the multi-billion dollar wireless industry. The business acumen, creativity, and years of experience delivering compelling content with very little corporate financial support sets Kinship Entertainment, LLC apart from all others. This unique combination of formal education, hands-on experience, and a deep desire to positively impact the world makes Kinship Entertainment a formidable player in the edutainment space.